THIS PAGE WILL BE UPDATED WITH THE LATEST NEWS 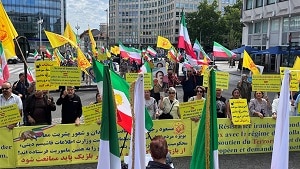 The Brussels Court of First Instance met on Thursday, July 28, and extended a ban on the extradition of Assadollah Assadi, the Iranian regime’s convicted and imprisoned diplomat-terrorist. That verdict will keep Assadi behind bars for another two months when a key hearing is scheduled for September 19. Assadi and his three accomplices are serving up to 20 years in prison for their role in a foiled bomb attack against “free Iran”. Rally held north of Paris in 2018 in support of the Iranian opposition coalition National Council of Resistance of Iran (NCRI) and NCRI President-elect Mrs. Four decades of rapacious mullah rule have devastated Iran’s infrastructure and left the Iranian people defenseless against natural disasters. Every day they face a new catastrophe.

Iranian regime authorities in Sistan and Baluchestan province have reported three deaths and damage to 51 housing units following the floods in Iran. 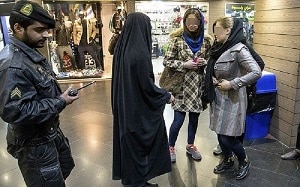 With many Iranian regime officials warning people of new repressive orders, particularly against youth and women, the regime’s Supreme Leader Ali Khamenei defended these orders in his latest meeting with Friday prayer leaders and praised the actions of the regime’s so-called leadership Patrol targeting the country’s women.

He claimed that women’s desire to be able to choose their clothes freely is a ruse of the West, so it is necessary to counter it. He claimed: “Over the course of more than four decades, Iranian women have been able to be present in scientific, social, sporting, political, managerial, economic and cultural fields. They have achieved great success while wearing the Islamic hijab and chador.”

As part of the Free Iran 2022 campaign, members of the MEK resistance units sent 5,000 video messages in support of the Iranian opposition’s annual gathering and reaffirming their determination to overthrow theocratic mullahs’ rule in Iran.