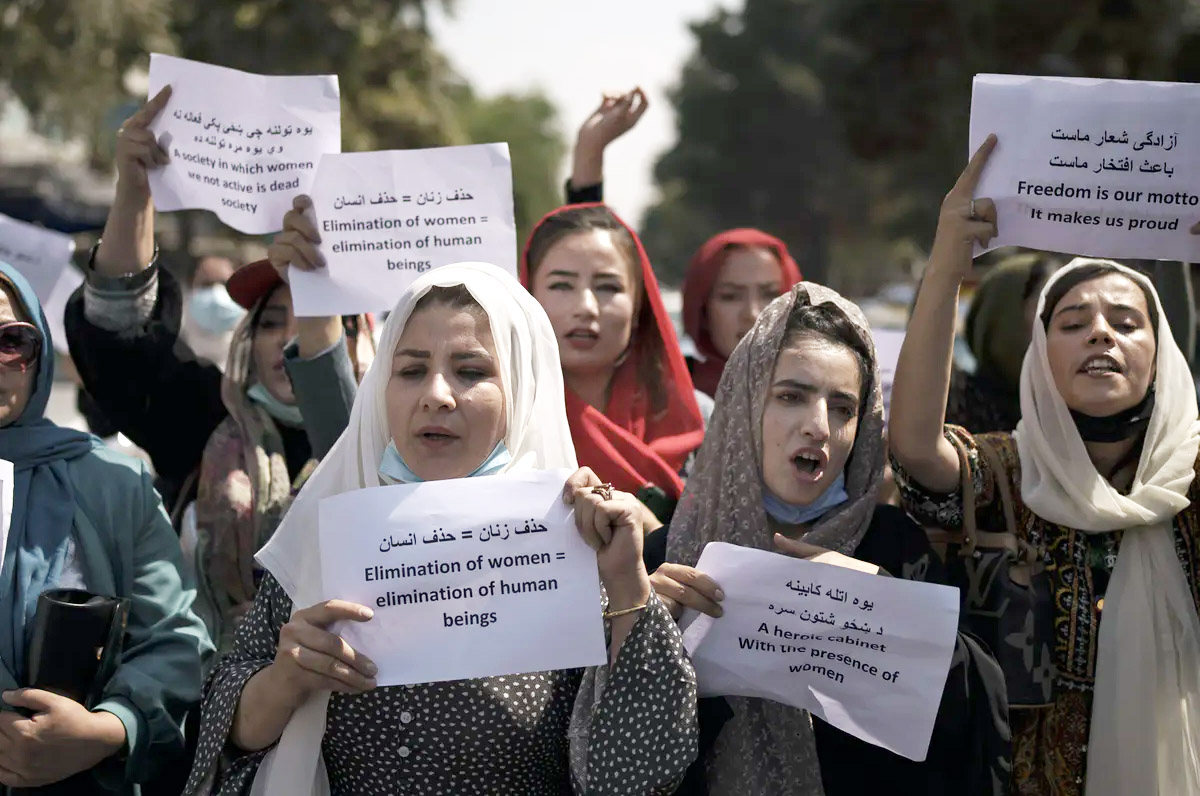 Guelph, Canada, September 27: (The Conversation) Colonialism – and more precisely decolonization – is a sensitive social issue. Statues were demolished so as not to celebrate the legacy of slave traders or politicians who are considered offensive; student activists from Canada to South Africa want to get rid of Eurocentric reading lists; and museums struggle to depict the indigenous peoples of Africa and North America.
The occupation of Afghanistan is inevitably called into question after the international community has withdrawn and the Taliban seized power. There is no doubt that Afghanistan has been a colonized state for the past 20 years.
Observers inside and outside the country fear that the Taliban’s return to power will undo 20 years of progress in human rights, especially for Afghan women. There have been reports that the Taliban enjoyed sabotaging critical roads and infrastructure built by American forces.
Punishing the Taliban for supporting al-Qaeda
The US invasion of Afghanistan in 2001 had no other purpose than to end the Taliban’s refuge for al-Qaeda terrorists responsible for the September 11, 2001 attacks on the World Trade Center. Aside from the destruction of sixth-century Buddhas and the attention New York Times journalist Bob Herbert paid to the treatment of women under Taliban rule prior to the US invasion, Afghanistan has been largely ignored by the international community.
The American intervention had nothing to do with human rights and everything to do with US self-interest. It was only after the Taliban was ousted that President George W. Bush boasted, “We continue to help the Afghan people build roads, restore hospitals and raise all of their children.” This is often a convenient rationalization for colonial rule.
While the West paid lip service to traditional Afghan political institutions like the Loya Jirga – an assembly formed to select leaders and spread the day’s grievances, they could not have functioned without American power, as the US withdrawal is now making clear has made . This is the inevitable irony – maintaining local institutions required external power.
Afghans and non-Afghans rightly despair of the future. “It’s all lost,” Khaled Hosseini, author of The Kite Runner, recently told the CBC. Many mainstream news organizations have accused Canada and the West of abandoning and betraying Afghanistan.
But how can we reconcile these competing claims that colonialism of any kind is harmful with this more specific view that Afghanistan was “failed by the West”?
Progress has been made
Several Canadian diplomats warned against the invasion of distant, culturally unknown states in 2001. Canadian diplomat Robert Fowler, who spent 130 days hostage to al-Qaeda in West Africa, argued that punishing the terrorists was more effective than doing too much social engineering.
The intervention could not be about turning states “into Saskatchewan or Nebraska,” he said with reference to Mali. “And it’s not going to be about exporting our social safety net or funding a government or anything else.”
There is no doubt that progress has been made in Afghanistan, at least initially. Schools were open to all, a democratic process was established, women’s rights recognized, and women served in government.
But these rights and achievements do not constitute self-determination when dependent on American power.
So what is to be done? There are signs that ordinary Afghans are willing to take their own risks in order to maintain a way of life that is more in line with liberal-democratic norms. This is a positive result, especially for the well-being of Afghan women.
But without American military power, it would be almost impossible for local forces to defeat the Taliban again, and further conflict would be necessary. It is ironic that with the US withdrawal, the total collapse of the US-backed government and the victory of the Taliban, Afghanistan is closer to peace than ever before.
Hostility to the west

Westerners should not be mistaken that Afghans have been wholeheartedly grateful for the American presence over the past 20 years.
As much as they hate the Taliban, many Afghans also hated the corrupt warlords the West has recruited to maintain order in a state without a consolidated political infrastructure.
In many cases, the mere presence of Western forces aroused hostility. Indeed, portraying the occupation as an invasion from the west was an effective way for hardliners like the Taliban to come to power.
While liberal democracy may be the only acceptable form of government in Western countries, it can be a hard sell in Muslim states that were themselves once colonized by the same liberal democracies.
Contrary to what has been said that Afghanistan is a “failed state,” the country was and perhaps is relatively viable again under the Taliban, albeit theocratically. It was Afghanistan as a liberal democracy that turned out to be a failure.
Democratic and human rights often depend on power that can only come from outside. But those who want change through intervention only should also be aware of the moral implications – and the long-term costs – they are willing to bear in maintaining Afghanistan as a colonial state.
Instead, perhaps those who are concerned about the well-being of Afghan citizens shouldn’t be afraid to stand aside and let them find the country they want on their own. (The conversation)
(AGENCIES)